Native American and indigenous markets in the Americas 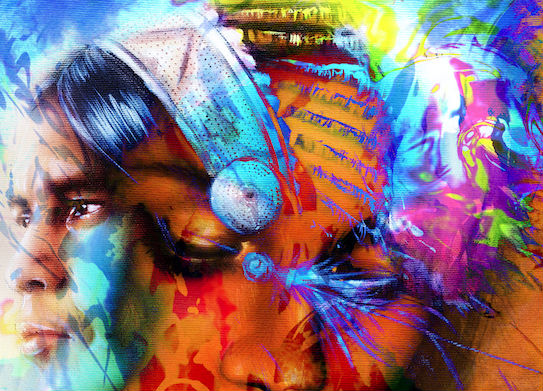 In the multicultural marketing world, the Native American market is often overlooked.  Compared to other key multicultural segments such as U.S. Hispanic or Asian American which are expanding rapidly, the overall numbers are small.  With the exception of government initiatives (ex. health related initiatives), there are few brands that even think about the Native American market segment.

In reviewing LinkedIN the most interesting title outside of government was Vice President/Communications Advisor (Hispanic and Native American segments) at Wells Fargo.  Wells Fargo has always been one of the leaders in initiatives reaching out to various community groups so it was nice to see them at the very least including this segment in some way.

Population (U.S.): 6.7 million people making up only about 2% of the total U.S. Population

For marketers – specifically in the U.S. – Why do they matter and how can you reach them.

Obviously for marketers, the ability to get your brand message across in a relevant way to all segments of the population is important, but there are also significant limitations on resources such as the almighty BUDGET.

While 27% of single-race American Indian and Alaska Native people spoke a language other than English at home (21.6% for entire nation) most brands are going to have significant difficulty making it worth the effort.  Working with inclusive messaging and focusing on location and data are going to be key to including these segments.  One of the clearest is that of location and where these populations are located such as this breakdown by the U.S. Census.

While data segmentation will be key to reach those that have self identified or characteristically fit these categories, the key will be the marketing program and messaging that is utilized.  Key initiatives that are trying to reach this segment include: State Government Health initiatives, regional utilities, and local/regional banking among others.  On the private side, Wells Fargo has put some focus on this segment and is well versed in the positive and negative aspects.  Some quick examples from Wells Fargo…one of the few that have specifically reached out to this group.  On the positive side, the bank recognizes the importance and has the Wells Fargo Indigenous Peoples Statement: .

[/vc_column_text][vc_column_text]On the negative side, just like with any corporate initiatives there are challenges such as this lawsuit with the Navajo tribe:

While there is no doubt that reaching these populations for certain companies and initiatives is important, for most brands this will likely not be considered a top segment for their efforts.  For all, there is a need to maintain a general openness to all populations and of course be as inclusive as possible, especially if you do business in the western U.S.